How sensitive are property investors to rising interest rates? 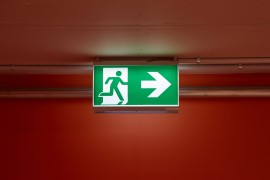 A lot of people I speak to think the answer to that question is “very”, and that Armageddon is looming with rising home loan rates.

However, whilst we do see some investors listing their properties for sale, the truth is that it is in nothing like the numbers the media might have you believe, and little more than the long term average.

If you consider the reaction of investors to the government’s Housing Package in March 2021 (interest deductibility phase out, bright line tweaking etc) then I think we get a clue as to how investors will react to rising interest rates.

Nearly a year has passed since the Housing Package announcements, house prices have continued their spiral and there hasn’t been the intended mass sale of rental properties to first home buyers.

The reason, as pointed out by BNZ economist Tony Alexander, is that investors have very low levels of debt; so mucking around with interest deductibility has not hurt (yet).

The latest data on the subject from Stats NZ was released last year and says that the mortgage debt of investors is equal to 15% of the value of their housing stock. That is a low number, and in reality will be even lower when you consider the rise in house prices since the data was released in early 2021.

With levels of investor debt so low. it makes sense that removing tax deductibility has had little impact so far, and we might conclude that the impact of rising interest rates on investors will not be as drastic as some might expect.

So, who will feel the pinch from rising interest rates?

My fear is that highly leveraged first time buyers, who bought homes in the last 6 months will be most affected. They bought at (or close to) the top of the market, are highly leveraged, and were able to finance cheaply (when 1 year was around 2.3% ish). When their initial fixed rate period rolls off, they will conceivable find themselves paying an extra 1.5-2% interest annually.

Looking back a few months, in September 2021, NZ’s median house price was $850,000. Imagine you bought a house in September for $850,000 with an 80% loan, fixed for a year on a nice low interest rate. Now roll the clock forward to September 2022 and you might find yourself refinancing at an interest rate that's 2% higher. If that's the case then you will need to pay an additional $13,600 interest annually to the bank. Factor in income tax, and you’ll have to earn close to $20,000 to simply cover the additional interest.

Vacating? Here’s 4 tips to get your bond back quick smart

We applaud the Government's proposed licensing scheme for Property Managers. Here's why.

Which Hamilton suburb has the highest rental yield?

How to perform a routine inspection at your rental property

Award-winning Property Management
We take exceptional care of your property, leaving you free to do what you love
email us today