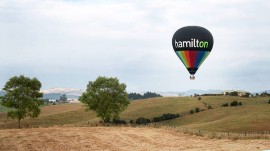 In April Trademe reported that national and Waikato weekly rents were both up 7% annually, closely in line with inflation which is running at 6.9%.

Unfortunately, Trademe didn’t give data on Hamilton’s suburbs, so we decided to crunch the numbers ourselves!

Using data from the Bond Centre we backed out the median weekly rent for rental properties in 30 Hamilton’s suburbs – from Bader to Whitiora.

The most recent rent data available is for March, so pretty recent.

Wondering what happened in your suburb? You can find the full league table in the attachment below.

We’ve included some extra goodies for you – things like ‘3-bed Lower Quartile Yield’ which is the annual rental yield on the lower quartile sale price in that suburb. That’s the yield we use when benchmarking or analysing investment properties.

Vacating? Here’s 4 tips to get your bond back quick smart

We applaud the Government's proposed licensing scheme for Property Managers. Here's why.

Which Hamilton suburb has the highest rental yield?

How to perform a routine inspection at your rental property

Award-winning Property Management
We take exceptional care of your property, leaving you free to do what you love
book your free rent appraisal